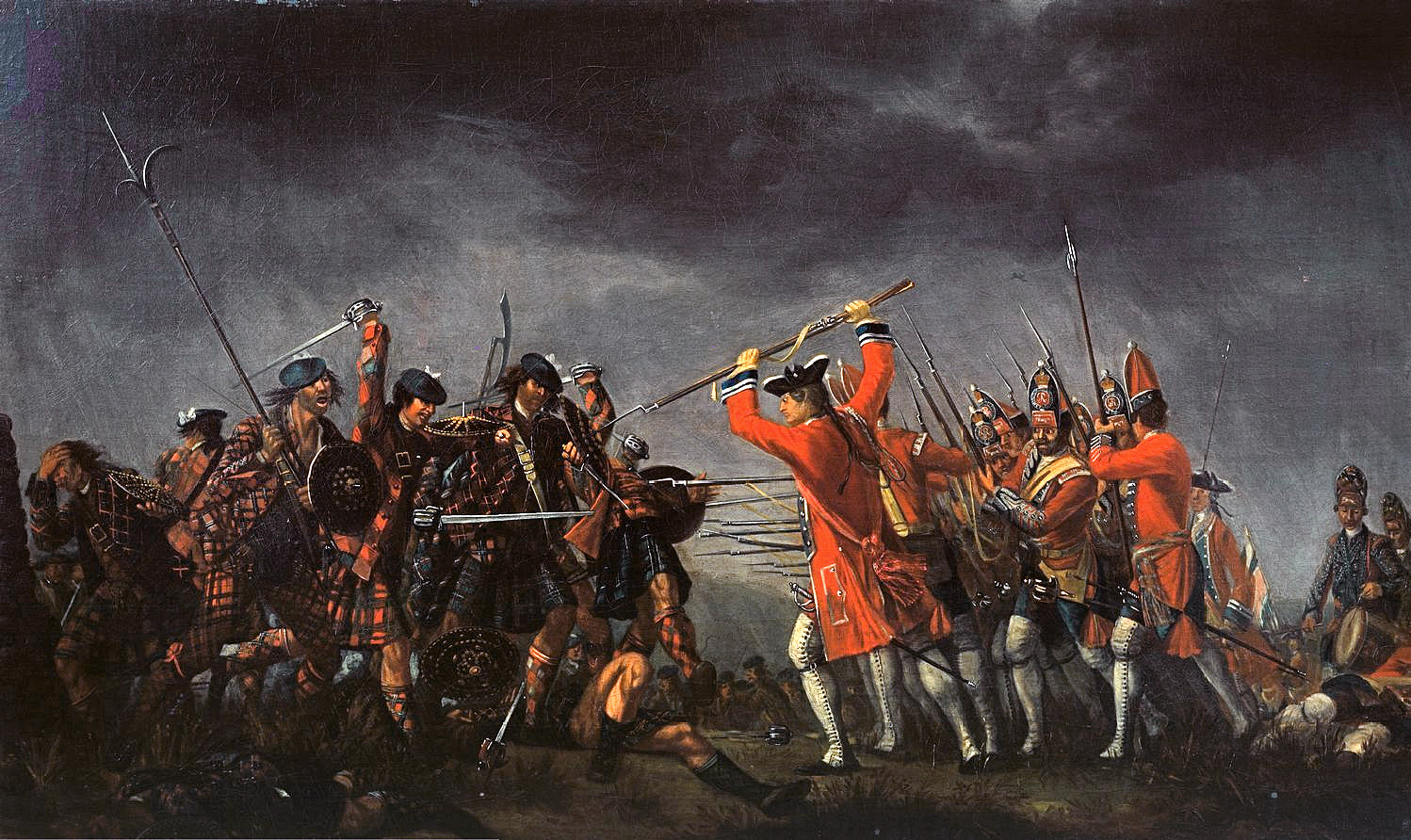 Months ago, Kevin wrote a speculative piece reflecting on the implications of nineteenth-century concepts of ‘just war’ and their relevance today. Much of this discussion was centered around the American Civil War and the quandary of pursuing a war sharply so as to conclude it swiftly and limit suffering in the long run. Ideas of just war in the American Civil War were further complicated by the fact that the enemies of the United States government were fellow Americans. Or were they? The conflict was at its core a rebellion, and so perhaps it would be useful to consider the Union’s actions (and inactions) in that context. What were contemporary attitudes towards rebellions? What actions were considered justified in their suppression? And, most importantly, why did the United States pursue or not pursue those actions against its own rebellious citizens?

Rebellions and internecine conflicts are fundamentally different than externally-waged wars. If a state is defined as having a monopoly on the use of force within a certain region, an uprising then challenges the basic legitimacy of the state. As such, rebellions have historically been crushed with brutal force. Ancient empires faced the prospect of insurrection regularly. Rebellious populations were slaughtered and enslaved. Assyria favored relocating entire peoples as punishment, while Rome was adept at exemplary torture and executions (such as the crucifixion of Spartacus’s rebels, one every mile, along the Appian Way). The medieval and early modern eras brought with them further justification for ruthless suppression. The intertwining traditions of divinely-sanctioned authority and the sanctity of oaths of fealty led to the characterization of rebels and traitors as the basest of villains, spitefully lashing out against the benevolent authority of the ruler or government. Even after the Enlightenment began to spread notions of governmental authority resting with the consent of the governed, these ideas were observed mostly in theory rather than in practice. While legal scholars began to formulate the idea of just war (and that all sides in a war could believe themselves just), rebellions were considered inherently incapable of waging just war. As increasingly complex and restrained international systems governed the conduct of war in the eighteenth century, rebels were treated not as prisoners of war or even as common criminals but as individuals whose rights were forfeit.

This emphasis on cruelty towards rebels certainly aligns with our modern sense of the brutality and repressive nature of past regimes, but to what extent was it actually followed in practice? As the concepts of races and nations developed alongside that of the rights of citizenship, were modern states really so willing to inflict horrors on their own people, however disobedient? The cases of two rebellions in the British world are insightful. In 1745, the grandson of the deposed James II/VII of England and Scotland attempted to raise Scotland in rebellion against the reigning house of Hanover and restore his father to his rightful throne. The two kingdoms had been united into one state in 1707, however, and the intervening thirty-eight years had knitted the budding nation together culturally and economically. “Bonnie Prince Charlie”’s rebellion failed for lack of popular support, and his army was mercilessly cut down on the field of Culloden, with no quarter given by the British army. Prisoners taken at Culloden and immediately afterward, commoner and noble, were tried and executed for treason, while the hotbeds of insurrection in the Highlands were laid waste and disarmed by British search parties. While seemingly an exemplary case, the ‘45 was not quite as bloody as it could have been. The slaughter at Culloden was supposedly in response to a previous order in Charles’ army to give no quarter, and most rebellious lords not captured at Culloden were later pardoned.

Thirty years later, Britain dealt with a much graver rebellion, that of the American War for Independence. This eight-year conflict would see a jumbled mess of brutality and restraint. While the British government could easily and justifiably have crushed the Revolution using the methods of the ‘45, it largely did not. Captured colonial soldiers were treated as prisoners of war, and little retributive action was taken without an uproar in Parliament from the not-insignificant portion of representatives sympathetic to the colonies’ grievances. What atrocities were committed were due mostly to the devolution of the war in its late stage into a partisan civil war between American Patriots and American Loyalists. This unprecedented restraint was the result of two factors. First, in the face of such a popular uprising, it was felt by many parties in Britain that harsh methods would only make later reconciliation harder or impossible. Second, the American colonists were not Catholic and Scottish like the Highlanders at Culloden but good Protestant Englishmen. This last principle of reluctance based on shared race and religion is the most important, for Britain had no qualms using brutal methods against non-white, non-Christian peoples to suppress dissent in its other colonial possessions. Only four years before the outbreak of the American Civil War, the Indian Rebellion of 1857 saw British colonial officers strapping captured rebels to the mouths of cannons before firing them as an example.

So how does the American Civil War fit into this framework? In short, it doesn’t. Neither in its prosecution of the war nor in its resolution of the peace did the United States pursue the harsh methods designed to crush rebellion and prevent by example any future uprising that it was legally justified to use. This is especially surprising considering the attempted secession of the southern states challenged not just the United States’ legitimacy but the legitimacy of democracy itself. Indeed, for the duration of the war President Lincoln and the US government refused to officially treat the Confederacy as a separate nation, as doing so would recognize their right to secede and change the face of the entire war. Despite this, the Union still followed codes of war as if it was fighting another state. Surrender was offered and taken, captured men were treated as prisoners of war, and the southern port cities were ‘blockaded’ rather than simply ‘closed.’ This was due almost entirely to the international climate and particularly to the actions of Great Britain. Queen Victoria issued a proclamation of neutrality in regards to the conflict early in 1861 which, much to the fury if the Union, recognized the Confederacy as a “co-belligerent.” While stopping just short of full recognition, this phrasing mandated the southern rebels be treated equally under the laws of war and contained the implicit warning that if the United States did not, Britain might very well enter the conflict in support of the Confederacy. After the war was won, however, one might expect a reaction akin to Britain after the ‘45. Every Confederate politician and officer above the rank of colonel could by rights have been tried and at the very least imprisoned for treason, especially those men who had resigned pre-war commissions in the Federal Army. Instead only a handful of men were put on trial for war crimes, not treason, and the former president of the Confederacy was allowed to escape imprisonment for exile. All others were initially barred from taking part in government, but this ban was lifted and the southern political engine was soon filled with the same men as had led the Confederacy. Like British concerns during the American Revolution, motivation for this astounding leniency on the part of the Union appears to have sprung from a desire for easy healing and reconciliation between the two halves of the country. This certainly did occur, but has resulted in the insidious spread of pro-Confederate myths and propaganda that continues to this day.

Despite their difference in origin, rebellions and external conflicts thus had begun to propose strikingly similar problems to the modern state that echoed many of Kevin’s earlier musings on the conundrums facing us today. What level of force was justified in suppressing a revolt, and did that level differ depending on country? Cause? Race? Religion? How could the government definitively end a rebellion while at the same time avoiding instigating a future uprising? Unsurprisingly, perhaps, the answers to these questions tended to skew towards leniency in the case of European rebels and brutality in the case of subject non-white peoples. Only after the Second World War would these two paradigms begin to align, with devastating consequences for the European imperial power around the globe.