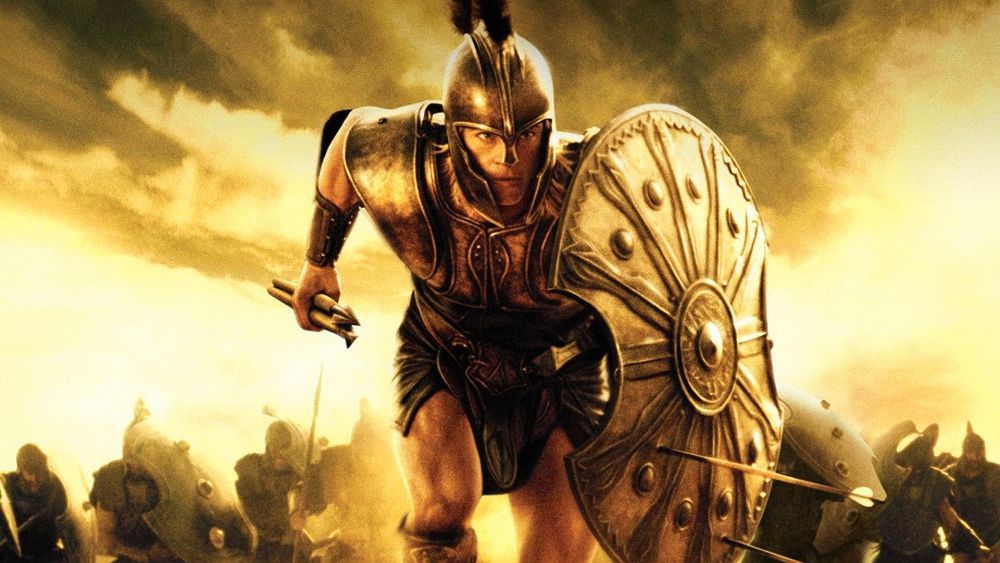 I positively love the movie Troy.

This will be sacrilege to many people, including my high school Latin teacher. Some find its characters and story too overblown or campy, while for adherents of Homer and his classical epics, the movie is a travesty that bears only the most topical similarity to the Iliad. I can’t argue either of these points (though I might temper the first), but I find this film incredibly captivating in spite, and in many cases because, of them. For me, Troy is the swords-and-sandals genre at its best. Just the right amount of camp in a movie taking itself perhaps a bit too seriously and accompanied by haunting vocalizations (you know the type)? Sign me up. Some (including myself) may even occasionally suggest that the movie only exists so that Brad Pitt could play Achilles. There are, however, points of historical and epic storytelling contained with Troy that are not given enough credit.

Gross differences from the events of Homer’s Iliad are the biggest critique of Troy on an historical level. If you are looking to this movie for a faithful adaptation of that foundational work of Western literature, you have come to the wrong place. There are no deities or supernatural occurrences of any kind to drive the narrative, and that narrative itself plays out much differently. The general beats are there, however, and some are driven home with great skill and, in some cases, pathos. Achilles’ pursuit of eternal glory is front and center, and the feud between the fair-haired warrior and the scheming Agamemnon is deliciously true to form. Hector’s feelings of duty to his city and family make his ultimate death all the more tragic, and of course Odysseus (played by the always-entertaining Sean Bean) is unmatched in cunning and common sense. Aeneas does make an appearance, albeit with cringe-level camp involving the ‘Sword of Troy,’ and while overly-modern language might understandably unsettle viewers used to a more eloquent classical diction, the lines convey those same Homeric sentiments to a modern audience.

On a grander level, I praise the decision to tell a grounded version of the Iliad without gods, magic apples, and 10-year sieges. In many ways, the poem as written is untellable in any other medium for a modern audience, save perhaps graphic novelization. Instead, Troy offers an historical basis for the myth that steers farther into its source material than other such stories. The aesthetic of the arms and armor broadly match that of Bronze Age Mycenae and Asia Minor, and some helmets even bear a striking resemblance to the boar’s tusk helmets recovered from Mycenaean burials of the Late Bronze Age (approximately the time in which the Trojan war took place, if it was indeed an historical event).

Even after all this, however, I can certainly understand why Troy might not be some viewers’ cup of tea, for all the reasons stated above and more. I can only recommend that, if you have not seen it or I have piqued your interest enough to give it another try, you keep an open mind and consider the challenges of adapting such ancient source material to the modern screen. Bask in the thrilling fight scenes, laugh and cringe at the over-acting, and perhaps you will come away with a fondness that matches my own. Maybe you can even join me in waiting (in vain) for Sean Bean to reprise his role as Odysseus in an adaptation of The Odyssey.

One thought on “Definitely Not the Poem: Wolfgang Peterson’s Troy”