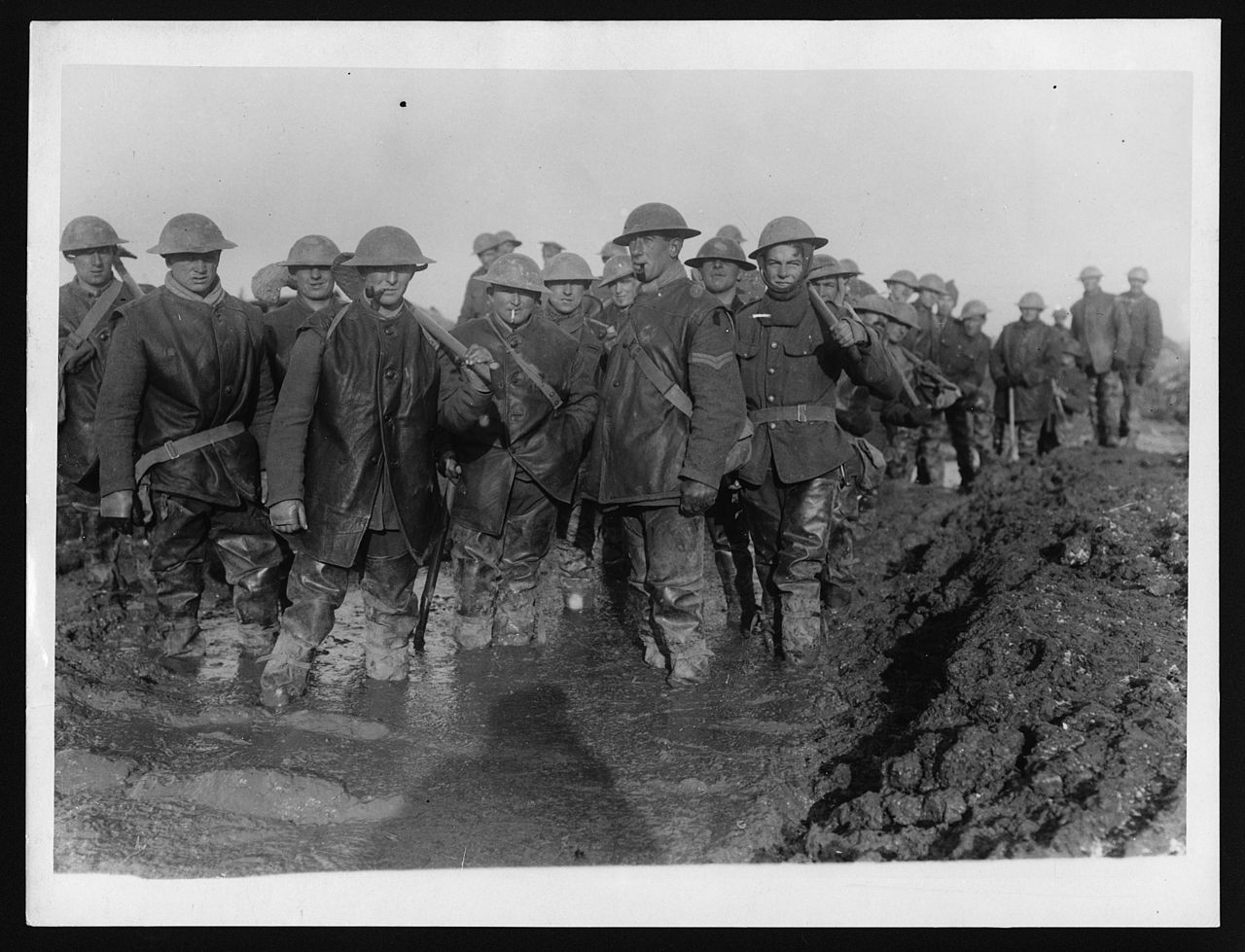 This past Wednesday, Heather, Ryan, and I had the pleasure of attending a talk delivered by Dr. Ian Isherwood at our alma mater, Gettysburg College. Dr. Isherwood has been a great friend and mentor to all of us here at Concerning History, and his talk dealt with a subject he has worked with extensively as part of his own historical specialization: the supposed futility of the First World War. The historiography and public perception of that war has traditionally been filled with lamentations of a pointless war, one fought for no real purpose and resulting in a meaningless peace settlement. While historians have admirably pushed back against these ideas in recent decades, public perception of the Great War remains very much defined by images and language of futility. On some level, this is certainly understandable. One cannot avoid pictures of the hellish conditions on the Western Front, and the outbreak of the Second World War only twenty years later would seem to indicate that the resolution of the First had been a failure. Listening to Dr. Isherwood lecture on the subject, however, I began to wonder why this was even a discussion in the first place. Why must we invest wars with a higher meaning? Where does this impulse come from? And why, for whatever reason, does the First World War fall short of our collective expectations?

There exists a deeper impulse in the public consciousness that drives this discussion of futility and the Great War, some desire or even need to assign higher meaning to wars throughout history. Is this a uniquely American trait? From its beginnings in the American Revolution and Constitutional Convention, the United States has claimed to devote itself to lofty ideals. Perhaps we as Americans thus feel it necessary to assign such ideals to the conflicts we choose to engage in, or at least feel more pride in those wars that involved them. The Revolution was for Liberty, the American Civil War for Human Equality and Freedom, and the Second World War for the end of a world-threatening fascism. This certainly aligns with America’s perception of the war in Vietnam, the reasons for which are difficult to understand after the end of the Cold War, yet if this were the case, we might expect to see the words ‘futile’ and ‘pointless’ used to describe the War of 1812 as well.

A second, related explanation may lie in a more foundational shift in human thinking. The Enlightenment, upon which much of the United States’ theories of governance are based, introduced ideas of human equality and rights to the world, but these ideas took hundreds of years to find widespread acceptance and application and are still struggling to be applied without racial bias. The ideals of the Enlightenment as they have come to be understood and practiced in the modern world are, at their core, antithetical to the foundational principles of empire and imperialism that had formed the default methods of interaction between states since antiquity, and their worldwide adoption after the Second World War proved a key factor in the dissolution of the modern European empires. Perhaps now, as children of the Enlightenment, we see the meaning of older, imperial-style wars as less valid and worthy than other wars. The motivations behind and execution of the First World War were certainly little different than the numerous European wars of the eighteenth century, and no one questions the meaning of Rome’s first and second wars with Carthage even though a third was required to resolve the issue. Do we judge the First World War more harshly because we feel that we should have known better than to fight a war based on such rapacious principles?

A third possibility also presents itself, and one you may have noticed was missing from my discussion up to this point: the relative human and material toll of certain conflicts (and the public perception thereof). The First World War pioneered industrial killing on a scale never before seen on Earth. Is the pronouncement of the First World War as ‘futile’ based on not an absolute absence of meaning, but a deficiency of meaning that does not adequately justify the astronomical cost? This factor must necessarily exist in tandem with one of the former, of course, as there must be an ideological basis for judgement. Are we, then, reluctant or unwilling to sanction mass bloodshed for imperialist or materialist reasons, and thus call the tragedy of the war and its casualties ‘meaningless’?

While I have offered many musings and possible answers here, I regrettably can offer no certain answers.  If I were to stake my reputation on any of the three possibilities offered here, I would pick the third, yet even then I would only do so if sorely pressed. The reasons underlying the shape of public memory of the First World War are innumerable and complex; I may be right in whole, in part, or not at all. Memory is, after all, a collective process that both invites and defies generalization. Perhaps we must analyze our own ideological biases; perhaps we must simply further spread education on the meanings, purposes, and outcomes of the First World War on its own terms; perhaps neither of these will have any affect. Time may or may not tell, but in the meantime, what else can we do but continue to observe and speculate?

3 thoughts on “The Why of it All: Searching for Meaning in Historical Wars”