I have a distinct memory of the moment in 10th grade that I realized I liked “critical thinking.” It came during an Advanced Placement class as we practiced writing essays for the AP exam.

“They aren’t looking for a single right answer,” I told myself after looking at the rubric. “I can write anything and as long as I defend it, I can get a good score.”

Looking back, I see that my thoughts carried a powerful indictment of how history is taught even in upper-level high school classes. Leaving aside my shallow external motivations, my understanding of historical argument was fundamentally flawed. It doesn’t take a PhD—or even a history major—to recognize the absurd reductionism. Of course, it wasn’t so much a mistaken premise as much as it was a faulty understanding of how to approach subjectivity.

This false eureka moment came as part of a more legitimate realization that History and English are about much more than dates and names and sentence diagrams. It’s essential for students to learn that knowledge and understandings descend from arguments that can be challenged and defended in accordance with the evidence. But I didn’t really understand the function of evidence, other than knowing that I was required to quote from a set number of provided sources to score highly. I had a shallow understanding of how to frame evidence and how to evaluate one possible interpretation of it against the alternative. 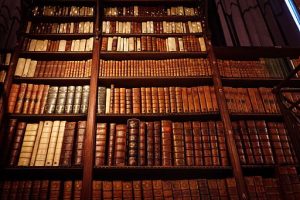 I’m reminded of this now for a couple of reasons. For one, grad school taught me how much more methodology matters than I realized in college, let alone high school. The other was an Atlantic article on “How History Classes Helped Create a Post-Truth America.” The author interviewed Professor James W. Loewen, author of Lies My Teacher Told Me. I’ve always cringed at the title of his book, a blanket statement that suggests a degree of malice that I don’t believe is often present, especially when teachers are merely passing on bad history they themselves learned as students. I was wary of the article’s title as well, since you can imagine someone using similar language to critique history classes for diverging from the classic narrative of American exceptionalism.

But that’s not Loewen’s point at all. The lies to which he points are largely those of omission or falsification with regard to shameful and controversial moments in America’s past. While he insists on nuance and complexity, he is also ardent in his defense of fundamental truths like slavery being the cause of the Civil War. This is where the concept of a historical lie gets a bit tricky, though, since Neo-Confederates would characterize that statement as a lie. Loewen, however, is adamant that history has more work to do than to present a series of alternate realities:

We historians tend to make everything so nuanced that the idea of truth almost disappears. People in graduate history programs have said things to me like: Why should we privilege one narrative above others with the term “true”? That kind of implies that all narratives are equal—or, at least, that all narratives have some merit, that no narrative has all the merit. But maybe there is such thing as a bedrock of fact.

I agree whole-heartedly on this. Loewen’s argument reminds me of a professor who told us that “the role of the historian is to complicate the simple and to simplify the complex.” Multiple perspectives are essential to history and must be heard and assessed, but we have to be willing to confront their contradictions and assess which ones hold up better than others. It does no good to leave students to sort through an alphabet soup of conflicting ideas without providing them with a way to evaluate validity. Likewise, the ability to muster a weak defense of an idea should not be seen as the sole justification for defending it.

If the first lesson of historical thinking is that no arguments are beyond dispute, the second lesson has to be that some still hold up better than others. To me, that’s the core challenge in our cynical age and the starting point to any conversation about information literacy.

This reminds me of thoughts I had during Historical Methods sophomore year. I’d hazard a guess that most students going into such classes in college, especially those raised on political and military history like I was, balk when the class begins dismantling the idea of a knowable historical reality. While I got on board soon enough with this anti-positivism, I always felt like there was something missing on the other end. The party line should be more “We will never be able to form a perfect, comprehensive understanding of historical reality…but that doesn’t mean historical reality doesn’t exist, or that we should stop trying to get there.”

Your comment reminds me of a post I wrote for the Compiler once when someone branded us “truth-driven crusaders.” https://cupola.gettysburg.edu/cgi/viewcontent.cgi?article=1087&context=compiler