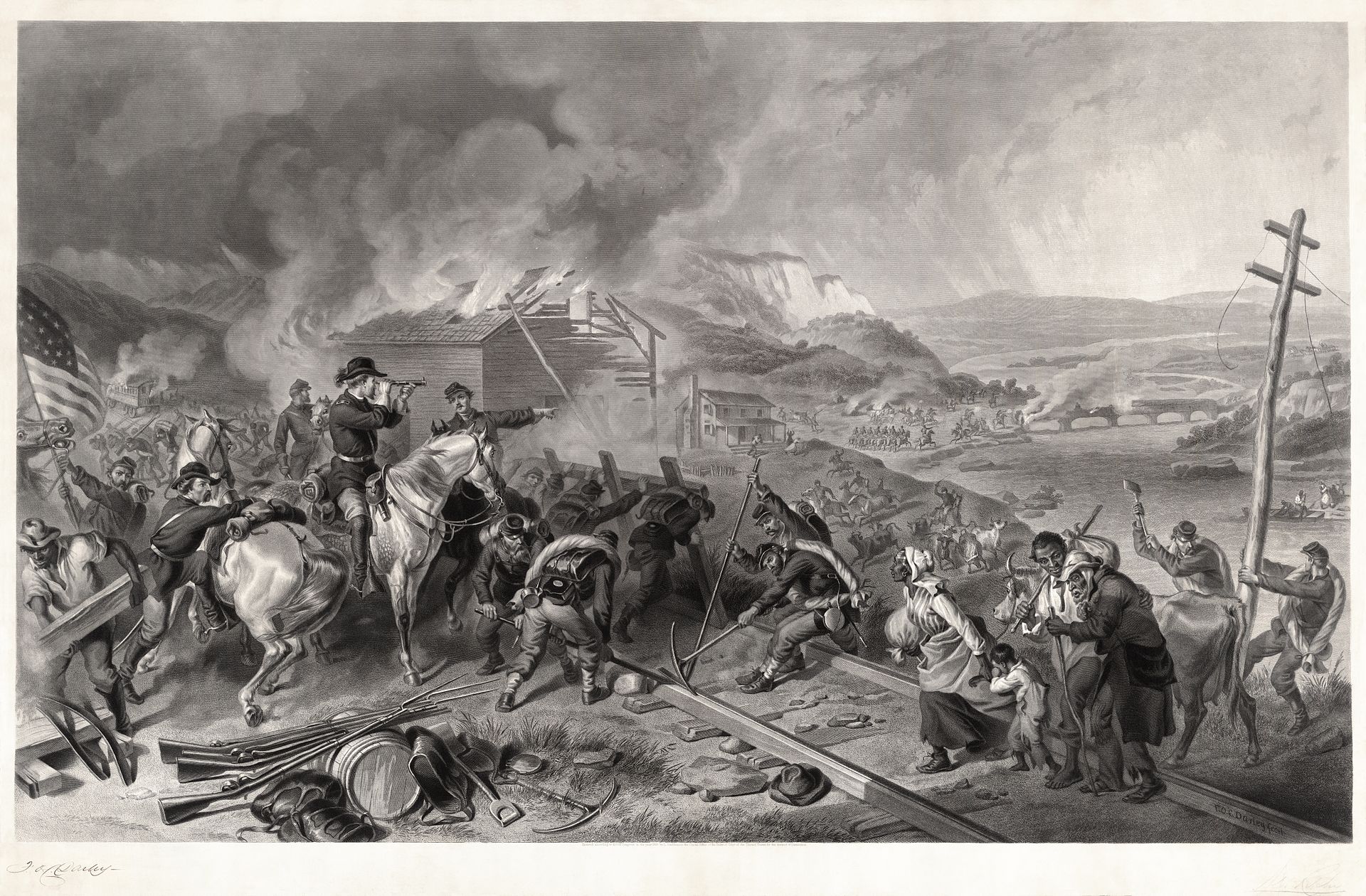 One of the most controversial figures in the history of the United States is William Tecumseh Sherman. For his direction of a single campaign in the fall and early winter of 1864, Sherman has been reviled by nigh-half the country while providing military historians endless fodder for debating the origins of the philosophy of ‘total war.’ Even and perhaps especially for his detractors, Sherman’s strategy of destroying (supposedly) non-military and civilian resources is seen as somehow original, a new and innovative way of waging war that would come to dominate the twentieth century. There’s only one problem with that conventional wisdom: it’s patently ridiculous.

Even a cursory study of history will reveal that armies have been preying on civilians as long as wars have been waged. The city-states and empires of the ancient world were certainly no strangers to acting against the general populace; indeed, systems of bondage the world over were fueled by the enslavement of defeated cities peoples and Rome famously rendered the lands of its enemy Carthage uninhabitable for centuries. Medieval and early modern depredations were scarcely different. Before modern systems of logistics and supply, armies of feudal levies, mercenaries, and household warriors expected to sustain themselves on the produce of the lands they marched through. Vindictive aggression wasn’t off the table, either; both the Crusades and the wars of religion following the Reformation saw widespread devastation and depopulation. Our perceptions of honorable warfare conducted only against the military forces of an opposing state are originate in the period between the Peace of Westphalia in 1648 and the French Revolution in 1789, the age of so-called “gentlemanly” warfare. These codes for combat and strategy which so informed contemporary (and modern) views towards the proper waging of war during the American Civil War are ironically the same that Americans love to mock as ineffectual on the part of the British during their own War for Independence. Following the conclusion of the cataclysmic Thirty Years’ War, the powers of Europe increasingly professionalized their armies and, due to the resultingly high expense, became ever-more-reluctant to actually engage them. Diplomatic developments enforced this; the Treaty of Utrecht following the War of Spanish Succession in 1713 enshrined the principle of a balance of power in Europe, and wars over the subsequent seven decades were intended as minor, limited conflicts to adjust this balance. Absence of collateral damage in this era of ‘cabinet warfare’ was mostly confined to the realm of strategy (with the notable exception of internal rebellion, of which more in a future post): a reluctance to engage in all-out conflict for major objectives meant that pursuing whatever methods might bring about victory was unnecessary. The armies themselves were certainly not gentlemanly. While their officers may have been uniformly aristocratic, European philosophy that soldiers should be individuals not otherwise useful to society led to the rank-and-file being composed of the “scum and dregs,” in the words of the Duke of Wellington. Removed from their own populace, these armies largely campaigned without anything but local disruption, though that was certainly enough to disgruntled those civilians immediately affected (just ask the inhabitants of Boston). No laws as such existed to regulate conduct in this anomalous system of limited war limited gains, but certain understanding did moderate conduct on and off the battlefield that were only partly due to the requirements of soldiers’ weaponry. More important were concerns of legitimacy for the use of violence within the system. Departing from these norms, engaging in any means necessary to achieve victory, was seen as a gross breach of protocol worthy of retaliation and a reciprocal abandonment of civility meant to deter any such action that could well shatter the system. The two great revolutions of the eighteenth century would do just that, not only leading to almost forty years of unbroken conflict but ushering in a new paradigm that would begin to govern warfare for the next two centuries.

Both the American and French Revolutions resorted to all necessary methods to secure their national survival, and as the nineteenth century blossomed, their example and philosophy in part inspired the wave of nationalism that would rock the old states of Europe. The rise of the nation-state, and particularly of national democratic governments, runs in a continuum from 1775 to 1864 to 1914 to 1945. As much as slavery was the inciting cause of the American Civil War, much of the conflict’s rhetoric (particularly on the part of the rebel Confederacy) is distinctly nationalist, and indeed these two factors are not mutually exclusive. The great strength of the nation-state at war, as pioneered by the fledgling United States and especially Revolutionary France, was and is its ability to mobilize its entire populace for the war effort. This is in drastic contrast to the contained cabinet wars of the eighteenth century, and necessarily requires a less restrained approach to defeating the foe. Sherman’s strategy of destroying all private and public resources of any use to the Confederate war effort during his ‘March to the Sea’ was indeed perhaps the first attempt to address this problem against an enemy of European descent. To call this total war would be a misnomer, however; Sherman took care to destroy only materials of military use, and his depredations have been greatly exaggerated by a bitter and defeated enemy. It should be noted, however, that whites had never hesitated to wage this kind of ‘hard war’ against non-white peoples in the course of imperialism; colonial conflicts with Native Americans had destroyed crops and homes as a matter of course for centuries in what at times approached (and reached) genocide. Truly total war would follow the total societal mobilization of the world wars, for according to the logical extension of hard war philosophy, when democratic nation-states go to war there is no such thing as a civilian. Victory could thus only come in a titanic struggle between and against opposing peoples that would result in such slaughters as the firebombing of Dresden and Tokyo and the atomic destruction of Hiroshima and Nagasaki.

The decades since the Second World War have brought with them the effective end of this era of total war, at least for the time being. Increasingly complex and humanitarian international legislation has outlawed its excesses, while the composition and strategic interests of the developed world’s militaries seem to mirror those of the previous age of cabinet war. Perhaps this is why appeals to the standards of that period as the norm, rather than the historical exception, resonate so profoundly with us today. Regardless of our modern sentiment, the position of Sherman and the American Civil War must be re-assessed. Not quite total and not quite limited, neither wholly original nor completely traditional, Sherman’s infamous campaigns should instead be considered a kind of rediscovery and re-framing of age-old aggression for a newly dawning world.