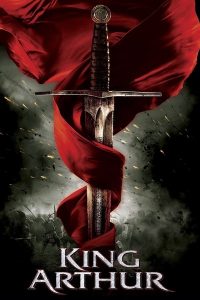 Today sees the premier of King Arthur: Legend of the Sword, the latest in a long line of films focusing on the mythical British king. Though this most recent movie has little to do with the historical record, I wanted to take the opportunity to discuss one that does: 2004’s King Arthur. Starring Clive Owen as Arthur and Keira Knightley as Guinevere, King Arthur’s attempt to tell the grounded story of an historical figure who inspired the legends is one that has long been a favorite of mine, despite its numerous flaws and inaccuracies. I had originally planned to discuss it as my guilty pleasure during launch week, but realized I simply had too much to say on the topic for a single paragraph.

The existence of any specific figure that inspired the tales of Arthur is doubtful at best, but the evolution of the Arthurian tradition can be clearly seen throughout the successive chronicles of native Romano-British resistance to the Anglo-Saxon invasions of the sixth century AD. It is straight from these events that King Arthur draws its story, as Roman general Artorius Castus and his Sarmatian cavalry auxiliaries defend Hadrian’s Wall against Celtic rebels and then all of Roman Britain against a Saxon incursion. No shortage of historical stumbles occur during the telling, however. After its prologue in AD 452, the bulk of the movie takes place in the year 467. This is highly problematic for two reasons: Rome withdrew from Britain in 410 and, while Artorius was a real figure, he lived no later than the mid 300s. Repeated references to the pope as such are thus also premature by a couple centuries, and the use of his authority in place of the emperor’s is puzzling. Arthur’s initial opponents, the ‘woads,’ are on odd ahistorical mix of Celtic and Pictish cultures pursuing a nonexistent insurrection against Rome, though the inclusion of Merlin as a Druidic shaman/guerrilla leader is a fascinating dynamic. Even the premise of violent Anglo-Saxon invasions of the British Isles has recently been called into question through a complete lack of archaeological evidence, which instead points to peaceful migration and intermixing. The movie certainly can’t be faulted for drawing upon such a rich and long-standing historiography, however, though it does render the Saxon leader Cerdic’s prohibition of inter-breeding with Britons rather ironic.

For all these and many other faults, King Arthur possesses numerous positive and intriguing offerings for historians. Before diving into the deep cuts, it must be observed that the film nails its atmosphere and setting. Hans Zimmer’s wonderfully evocative score, the dense forests, walls of mist, and amazingly-barbarian Saxons make for a gripping, if somewhat romanticized, portrait of Rome’s twilight, while Hadrian’s Wall has never looked better on screen. The Romans are admittedly a bit less accurate for the period, but Late Antiquity can be hard to pull off for a public who expects a certain (first-century) look to their Romans. Yet it is the aforementioned erroneous timeline where things get really interesting for the historian. Rather than being the sloppy work of ignorant writers (though that can’t entirely be ruled out), the film’s erroneous date of 467 is most likely a result of its attempt to include too many temporally-disparate themes. The life of Artorius Castus and his Sarmatian cavalry (second to third century), Rome’s withdrawal from Britain (410), the onslaught of the Saxons (sixth century), even the journey of Bishop Germanus of Auxerre to Britain in 429 (who in the film brings orders for Artorius and word of Rome’s decision to withdraw): all these events cannot be feasibly fit into a single movie, yet King Arthur valiantly attempts to do just that. The result is a date that is too early for some, too late for most, and works for none.

Aside from questions of strict historical accuracy, I also love King Arthur for its unique sense of historical relativism. Many swords-and-sandals films contain at least some element of Roman exceptionalism. This is exemplified best by the film Gladiator (discussed previously by our own Francis Butler), wherein the emperor Marcus Aurelius expresses implausible reverence for the long-dead Republic and a conclusion features its historically-impossible restoration. Indeed, Artorius draws much of his virtue in King Arthur from such an idealized depiction of Rome, as well as the teachings of the Christian philosopher Pelagius, commenting, “It’s a magnificent place, Rome. Ordered. Civilized. Advanced. . . . The greatest minds in all the lands have come together in one sacred place to help make mankind free.” Unlike other films, however, King Arthur turns this motif on its head when, as Arthur converses with a sympathetic young refugee patrician, his charge disabuses him of Rome’s virtue, revealing Artorius’s feelings to be a projection of his own values onto a base and corrupt city that branded his mentor Pelagius a heretic. Belief in the exceptional virtue of Roman civilization and the Roman Republic continues to run rampant today, especially in the United States with its own republican form of government. I am certainly not immune to this phenomenon but whenever I encounter it, in my head always echoes the young man’s stinging rebuke: “The Rome you talk of doesn’t exist.”

Though quite capable of enraging a conscientious historian, King Arthur stands apart from other fun period action films for its intriguing inclusion of a number of somewhat obscure historical events into one master narrative. The story itself is serviceable, and all the characters are fun to watch onscreen. I highly recommend giving it a shot, if only to try to remember where you’ve seen each of the knights before. It’ll bug you for hours.