While the end of my time in grad school has left me with plenty of questions about how to approach history now that I’m no longer studying it, my classes last year did lead me to some truly excellent reads. This week, I thought I’d share some of the books I most enjoyed reading at Columbia—and hopefully solicit some recommendations about some books to add to my list now that I’ve left. 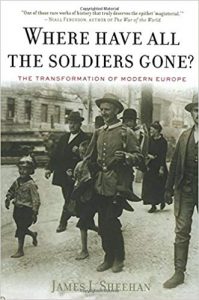 Where Have All the Soldiers Gone? — James Sheehan

The title (which I always read in my head to the tune of a certain Bonnie Tyler song) perfectly captures the key problem the book sketches out: the (near) absence of war in modern Europe as a unique phenomenon. Sheehan begins by describing the entrenched position of European military institutions during the 19th century. The catastrophic wars of the mid-20th century, together with the frozen bloc politics of the Cold War, enabled the rise of a new type of European state with civilian institutions at its heart and social interests prevailing over military ones. I found it to be a strong and comprehensible response to a key development of modern European history.

I was astonished at how much I connected to Boswell’s story. Unlike a lot of historical sources, the journal was somehow interesting, well-written, and candid. He is as open about his melancholy as he is with his sexual escapades (in the latter case, he may be a bit too detailed at times). Fundamentally, Boswell’s journal is an account of a young man from the rural north finding his way in the big city—an experience that certainly resonated with me during my year in New York. 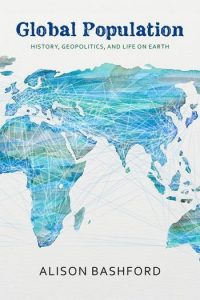 No book had as large an impact on my thinking as Bashford’s Global Population. Over the course of the book, she illustrates how the question of population—and by extension, eugenics—was a pivotal one in influencing the geopolitics of the mid-twentieth century. Prior to the Green Revolution, Malthusian fears were alive and well even among well-intentioned humanitarians. Throughout the 1920s and 1930s, economists, biologists, and others worried that the world’s imbalanced population density would lead to war as high-density nations demanded land and resources that were not being used to their maximum efficiency by low-density nations. They considered a variety of solutions to this problem, from reproductive control and eugenics to land reclamation and territorial redistribution. If you want to understand why Thanos’s use of the Infinity Gauntlet was based on a shallow understanding of the politics of population, this is the book to read. 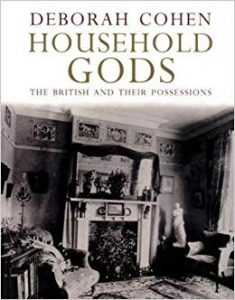 Household Gods: The British and their Possessions — Deborah Cohen

I like the Victorians, and I like the history of mundane things that take on a dimension beyond themselves. Though I’m not a material culture junkie by any stretch, I appreciated Cohen’s ability to tease out the significance of 19th century British materialism by linking household belongings to transformations in British society. It’s also a book that prompts reflection on modern consumerism, and whether the fact that we don’t invest objects with moral value as the Victorians did is less absurd or more hollow than their relationship with their belongings. 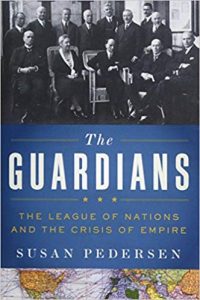 The Guardians: The League of Nations and the Crisis of Empire — Susan Pedersen

I probably wouldn’t have ended up in New York if not for the research behind this book. Pedersen’s account of the League of Nations Mandates system shines light on one of the first major experiments in international oversight, but also on the state of empire and international relations during the interwar period. The book is particularly effective at bringing to life the vibrant cast of characters in Geneva and the ideas they fought over. I was very fortunate to be able to take a class with the author and have her as my thesis advisor.