With less than a week left in 2022, it’s time again for our annual speculation on how this year will be remembered in history. So many of previous years’ posts have turned out so serious and even gloomy, however, that this year we have all resolved to reflect only on the positive or hopefully positive developments of 2022. Once we started looking, in fact, it was gratifying how much positivity we could find over the course of the past year! 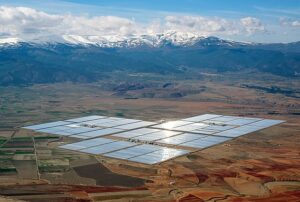 Francis: One of the gratifying, surprising, and hopeful developments this year was the passage of the Inflation Reduction Act through the U.S. Congress. This law is the largest investment ever by any one nation’s government into climate change mitigation, preparedness, and energy transition. While the law is certainly imperfect in some ways, it is consequential in the multifaceted ways it will tackle climate change in the U.S. and across the globe. I was particularly enthused to see all the ways that the new law will incentivize the use of green energy, promote jobs and training for work in wind and solar power, and invest heavily in the western United States to conserve water and ameliorate the effects of the super-mega drought affecting this region. For all the naysayers out there who say that “Congress is the opposite of Progress,” 2022 proved that there are moments in history when, against the odds, political leaders can think of the long game and invest in sensible and pragmatic legislation to solve present crises. If a divided, polarized, and myopic body of 535 legislators can corral enough votes to do something right, in ways often reminiscent of the efforts of the Civil War Congresses to govern effectively amidst crisis, then I’ll give thanks for it and applaud the diligent lawmakers who made it possible.

GC: And it’s not like this funding is disappearing into the R&D void 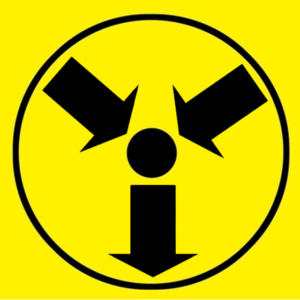 with science having nothing to show for it. Coming on the heels of last year’s successful mass deployment of mRNA vaccines, science again produced long-sought results from long-term investments, most significantly in breakthrough work from the US National Ignition Facility that produced a net positive fusion reaction. While we are at least a decade from commercial viability, it’s the kind of essential discovery that drives new investments from the private sector to maintain the cutting edge of this technology. It gives one more quiver in the arrow of green energy advocates working to convince energy companies that they can successfully transition themselves off fossil fuels. Even if it’s just one tool in the arsenal of climate resilience, it’s the kind that spawns new ideas and understandings, accelerating the rate of discovery. 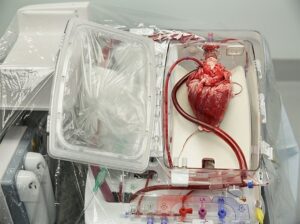 HC: In another scientific leap, on January 7, Bartley Griffith MD, FACS, FRCS of the University of Maryland School of Medicine became the first doctor to transplant a pig heart into a human body. Patient David Bennett’s groundbreaking transplant was authorized by the Food and Drug Administration under its expanded access pathway for outside-trial treatment of a patient with a serious or life-threatening disease or condition. The xenotransplantation was initially a great success made possible by gene modification of pigs by biotech company Revivicor. In the weeks following the transplant’s initial success, though, Bennett experienced cardiac complications and was ultimately removed from life support 60 days after the transplant. Although Bennett’s experimental transplant ended in tragedy, the procedure yielded many medical learnings. Every day, an average of 17 people die in the US while waiting for organ transplant, and genetically modified livestock provide a previously untapped resource for transplant organs. Xenotransplantation poses new risks, too, however; one factor that may have contributed to Bennett’s death was infection by a porcine virus never before treated in a human. Attempted treatment with human antibodies may have also exacerbated cardiac damage. Additionally, study of the heart transplanted to Bennett uncovered electrical signal speeds typical of neither pigs nor human, and scientists haven’t yet concluded what long-term health consequences that difference could hold. All this to say nothing, of course, of the ethical dilemmas xenotransplantation poses. Nevertheless, the first pig-to-human heart transplant was a medical innovation of 2022 that will go down in history.

BC: Finally, the single most important event of 2022 has probably

been the Russian invasion of Ukraine, with cascading regional and global effects that will likely be felt for years. I have always been one to look for the silver lining of any cloud, however, and I thus also think one of the most inspiring stories of this year or any recent year has been the indomitable resistance of the people of Ukraine to this new-age imperialism. I feel confident in saying that no one could have foreseen that President Volodimir Zelensky would have risen so magnificently to the occasion of his country’s defense, nor that Ukrainian forces would not only stop invading Russian forces cold but begin to push them back. Now, approaching a year from the beginning of the conflict, the Russians seem not only stalled but on the brink of being thrown out of Ukraine altogether. We can only continue to follow events with keen interest, but until a (hopefully just) settlement is reached: Slava Ukraine!