Two months ago, Bryan shared his thoughts on some of his favorite historical games, ranging from simulations to tabletop. He has good taste, and so has already covered some of my own most-played (Europa Universalis IV, even if these days it’s moving toward the Most Disappointing category…) and guilty pleasure (Anno 1800) picks. Still, here are some others that I can (mostly) highly recommend and my hopes for the future direction of the historical genre. 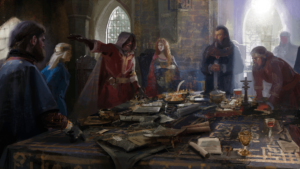 Paradox Interactive’s Crusader Kings II and III comprise the video game series I have wracked up the most hours in over the years by far. Unlike nearly all other grand strategy games, you do not play as a nation: rather, you play as as a dynasty, rising and falling to and from thrones from Ireland to India based on your ability to maintain alliances, ensure a stable succession, and keep your enemies at bay. Crusader Kings has been frequently praised as the closest thing to a Game of Thrones video game available, ignoring some subpar RPGs and mobile games (and, like many Paradox games, has an incredibly robust modding community that makes that description a reality). I might describe it as The Sims With War (in medieval times), as the most enjoyable part is not slamming your abstracted armies into your various enemies, but rather the interactions with the thousands of other rulers in the game, from lowly Barons and Mayors to Kings, Emperors, and the Pope. Unlike many historical simulators, there are few guide rails to nudge the world along its historical course after pressing play, making every game unique, ripe for dynastic role play– and pretty damn chaotic. It’s precisely for that reason that, no matter what else I play, I find myself returning to 1066. 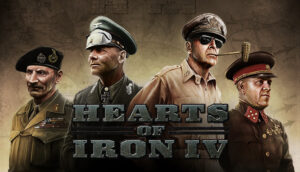 Most Disappointing: Hearts of Iron IV

Hearts of Iron IV is a World War II strategy game– or perhaps more accurately, a map painting game with a World War II aesthetic. To its credit, it does that part well, with one of the most intuitive and least micromanaging-dependent military systems in the grand strategy genre (well, except for the naval side of things). But for a war as complicated and all-encompassing as World War II, along with all other temporally adjacent conflicts, the game’s mechanics are as deep as a puddle, abstracting politics to pie charts and a nation’s economic capabilities to percentages. Development has been uneven as well, where some recently-updated nations (Spain, for example) have much more enjoyable and robust gameplay than those designed earlier on, despite being central to the conflict (Italy, notoriously). HoI4 seems to have something of an identity crisis where it seems stuck between simulating the Second World War to high degree and indulging a wide variety of alternate history scenarios like others in its genre. It’s clear, too, that there is room for so much more as, like most Paradox games, modders have done incredible things with HoI4’s basic systems to the point where recent official updates seem to be directly inspired by well-known mods. At the very least, if your main interest is drawing battle lines and pressing go then this is the game for you! 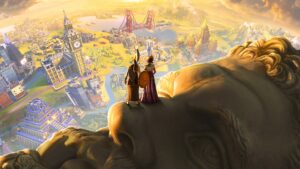 Including Civilization on this list is something of a freebie, as its reputation among gamers – even those who aren’t history fiends – is legendary. I actually credit Civilization with kindling in me my first series interest in history, as playing an enjoyable real-time strategy game led me to learn more about the civilizations and leaders featured within it. The historicity of Civilization is, of course, almost entirely in-name-only, as the scenarios that develop throughout the game go far beyond even the wildest, most absurd alternate history scenarios (to say nothing about recent additions to Civilization VI which add vampires, zombies, and mythological heroes). And yet each Civilization – particularly in VI, the series’ latest entry – is tuned in such a way to reflect a broad snapshot of a people, Empire, or country’s culture, achievements, and goals. Theodore Roosevelt’s United States, focused on expansion and growth, plays much differently, for instance, than even their physical and temporal neighbor, Wilfrid Laurier’s Canada, with an emphasis on building diplomatic consensus with other civilizations. Though, like most RTS games, Civilization struggles to elevate non-military gameplay to the same significance and power as simple world domination, the series has continued to innovate in new and exciting ways over the years, and continues to remain an absolute standard of historical gaming. 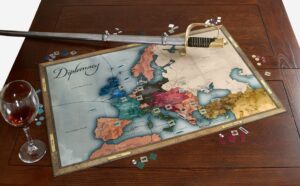 The game of Diplomacy was allegedly the favorite of President Kennedy and Henry Kissinger (and, well, still might be Kissinger’s), having first been released nearly seventy years ago. On the surface, it bears many similarities to Risk, presenting players with a map-based board (in this case, roughly depicting Europe in the First World War era), pieces representing arms and navies, and the goal of conquering your enemies. Unlike Risk, however, there is absolutely no element of chance in it: armies and navies move according to strict rules and cannot be stacked on the same tile, frequently resulting in stalemates and a failure to move. The game’s winner, then, is ultimately determined by who masters its title: who is best able to negotiate their moves with the game’s other players, build alliances to protect their own territory and capture more, and backstab enemies only when the time is right. Some of the most natural alliances between players, too, are among the most historical: a wise French and Russian player will stick together, whereas Germany and Austria-Hungary are nearly unplayable without mutual non-aggression and Italy and Britain have more flexibility in choosing their partners. Diplomacy is a power-trip without peer, and shows what kind of deceit both you and your friends are truly capable of.

As may be clear in this list by now, I’m less interested in the warfare aspects of historical gaming and more so on politics, diplomacy, and development. When I play Civilization and Crusader Kings, I prefer to focus on building up a peaceful, thriving kingdom rather than paint the map with my imperial color of choice. For better or worse (mostly worse if you ask me), most historical strategy games, though, focus on the military side of things– likely the legacy of games like Risk and early entries into the Civilization series where complete and total domination is the primary objective. This is ultimately why I am so excited for the impending release of Paradox Interactive’s new entry into their suite of historical simulators, Victoria 3. As they slowly release information about the game, the developers have made clear that it will not be a map painter– and that global domination may in fact be detrimental to in-game success. Rather, they have emphasized the centrality of building trade, industry, and fostering diplomatic plays to the core gameplay loop. The game will begin in 1836, with players taking control of a single country and guiding it through the next hundred years of history through the challenges of industrial and political revolutions, great power politics and, yes, world wars– but war where the consequences are dramatically felt on the stability of your economy and happiness of your people, which will require much more attention than micromanaging individual troops. For this new approach alone, Victoria 3 will almost certainly rocket to one of my most played games— or languish as a great disappointment.

Most Wanted: Defy the Genre!

This list was focused entirely on strategy games for the simple reason that they are by far the most common form that historical games take. I enjoy these games, of course– but it also feels strongly deterministic in a way, that history is a genre best suited for strategy alone. Looking over my games library, I find that the majority of it is filled with character and story-centric fantasy and science fiction games, whose strength lies in the worlds they build and the way you interact with it. For a world that already exists, this is a genre that has been surprisingly overlooked in history-themed games. While there are certainly options which exist outside of the strategy field, of course, a large subset blend together mythological and fantasy elements which transform the historical narrative– such as the Dynasty Warriors and increasingly the Assassin’s Creed series. Within the strategy genre, the emphasis also remains most often on conquest and empire building: a mainstay since the earliest days of the Civilization series. I personally would love to see strategy games which shift their focus not from combat and conquest, but to state building, economics (as Ubisoft’s Anno series does enjoyably), and diplomacy (as I hope Victoria 3 will). History is far more than the clash of armies and warriors, from the potential for character-driven stories which explore the past to its greatest extent to strategy games which dive into the complexities of city and empire management.