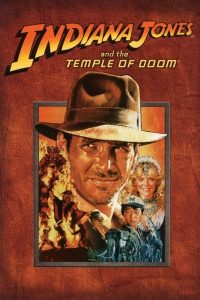 I love Indiana Jones. From a young age, the adventures of that methodologically irresponsible archaeologist inspired me to explore all the ancient history I could get my hands on. Even so, an historically-minded review of any Indiana Jones movie is not exactly fertile ground. The history of Jones’ archaeological endeavors is highly massaged, to say the least, yet there is another source of historical inspiration in these movies: each one is a period piece set in the 1930s (or 50s, in the case of the unfortunate fourth installment). While the first and third movies are rather straightforward in their Nazi-fighting setting, the second movie, Indiana Jones and the Temple of Doom, is an exploration of British India that has become ever-more fascinating after my own time studying the empire.

Temple of Doom (actually a prequel to the original Raiders of the Lost Ark) begins in Shanghai, where Dr. Jones is attempting to trade the remains of the first Manchu Emperor of China for untold riches. After outrunning his treacherous business partner, Indy and his erstwhile companions find themselves bailing out of a plane over the Himalayas, ultimately winding up in a tributary of the Ganges. Taken in by a nearby village, Indy learns that the people here have been impoverished and their children stolen after the loss of a holy stone, one of the five mythical Sankara stones. In return for a guide to Delhi, the companions agree to investigate a ‘growing source of evil’ in Pankot Palace. What they find there results in prodigious amounts of food and body horror, chanting, a memorable mine cart chase, and an ultimate, harrowing confrontation on a rope bridge over a river full of crocodiles.

The nature of the evil that Indy and friends discover is the first historically intriguing element of the movie. While the Hindu mythology of the holy Sankara stones is certainly ancient, the driving motivation of the villains is located in much more recent history. Pankot Palace, though fictional, is supposed to have played a key role in the Indian Revolution of 1857, a fact Indy remarks upon in dinner conversation with a British colonel while there. The suppression of that rebellion, and the extermination of the local thuggee cult a century before that, drove the murderous worshippers of Kali underground until their resurgence just before Indy’s arrival in the region. It’s the thuggees reborn that Indy ultimately fights, and from whom he rescues the stolen Sankaras. In a parody of numerous historical anti-colonial struggles, one of the powerful figures behind the cult is even a young native luminary, born in India but educated in Oxford.

The visual narrative that pieces together this imperially-inspired story is equally influenced by empire, though not exactly in a positive way. In short, Temple of Doom is extremely orientalist, racist, and triumphantly imperialist. All Indians in the movie, whether poor villagers or wealthy maharajahs, are incredibly stereotypical, and Hindu mythology is distorted so that Kali and her thuggee worshipers are unabashedly evil (rather than a much-maligned bogeyman for British imperial officials). The extractive devastation wrought by the cult in the countryside is probably more fitting of British imperial behavior (Bengal would see over 2 million people die in a famine eight years after the movie takes place), and the appearance of a regiment of loyal British Indian soldiers to save the day in the finale is pure civilizing-mission propaganda.

The oddest thing about Temple of Doom may be when it was made: it’s imperial themes seem strangely out of place for post-colonial 1984, let alone watching it today. Indian nationalists make a poor excuse for storybook villains, though Dr. Jones’ penchant for predatory archaeology might make artifacts’ cultural owners a more natural foe for him than Nazis. In a larger sense, the kind of adventure tale so central to Indiana Jones’ popularity could not exist without the fantastic and strange tales of real imperial adventurers peddled to receptive Victorian audiences. These kinds of stories obviously still hold their appeal, but perhaps we need to watch them with a bit more critical an eye to flesh out the history and memory so intertwined in making them.

One reply on “Imperial (Mis)Adventures: Indiana Jones and the Temple of Doom”

You know, it really has been far too long since I sat down and watched Indiana Jones. Because I definitely don’t remember the finer points that you have made note of in this review. Clearly the last time I watched it I was too young to pick up on anything other than Willie Scott screams a lot.

It’s very disconcerting when “modern” media telling a period story takes on the style of the period it is portraying in a bad way. I sat down to read Master and Commander by Patrick O’Brian (the first in the book series that the Russell Crowe movie is based on) and I couldn’t get even halfway through because the writing was so racist/sexist. It was something that I would have expected from the books had they actually been written during the Napoleonic Wars but as they were written in the 1970’s I was much less tolerant.