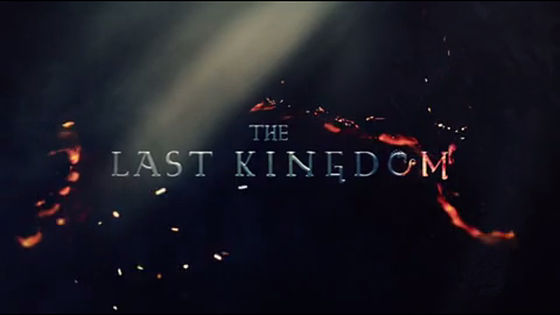 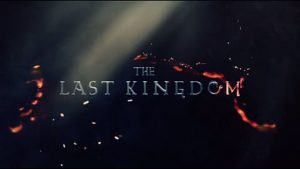 Television is never short on stories set in the Middle Ages, and medieval Britain especially sees more than its fair share of adaptations. It is rare, however, to have two shows running concurrently that cover the same time period. Such is now the case with History Channel’s Vikings and BBC/Netflix’s The Last Kingdom. We will certainly review the former on some future date, but as the second season of the latter aired on Netflix this spring, and I have recently caught up with book series on which it’s based, I couldn’t resist the opportunity to review one of my recent favorites.

The Last Kingdom (or The Warrior Chronicles or The Saxon Stories, it’s changed a lot) tells the fictionalstory of Uhtred, son of Uhtred, heir to the great Northumbrian fortress of Bebbanburg. When the Danish Grand Army arrives in Britain in the ninth century and captures Eoferwic (modern York), Uhtred’s father joins the Northumbrian army in an effort to resist the Danes, but is killed with the rest of the Saxon forces as young Uhtred watches nearby. Captured by the Danes and adopted by a Danish warlord who takes a liking to him, Uhtred is raised as a pagan and a Dane, an upbringing that suits him well and sees him develop into an intelligent, cocksure warrior of rare skill (this is also later used to explain why our primary sources, written by Christians, omit his deeds). Unable to escape his Saxon heritage, however, Uhtred finds himself fighting against his heart and for the last surviving Saxon kingdom of Wessex as he seeks to regain the ancestral home that his uncle usurped from him in his absence. Though his narrative may be fabricated, author Bernard Cornwell (of the Sharpe series of historical novels) masterfully weaves the tale of Uhtred into the grander narrative of English unification under Alfred the Great and his children. Historical events both fuel and are fueled by Uhtred’s exploits, and while the books are undeniably novels, Cornwell is always sure to provide an author’s note explaining which events were factual, which were massaged to fit his story, and which were completely made up. These events may at first glance seem to be ill-suited for a long-running series, as their conclusion is already set in stone: the Saxons will win, the Danes will lose, and England shall be created. Yet the wars with the Danes and formation of England stretched for over half a century, providing Cornwell with ample material and room for twists and reverses as the reach of Wessex marches ever northwards. Indeed, destiny is a recurring motif in the series, as Uhtred’s guiding refrain is the Anglo-Saxon phrase Wyrd bið ful aræd, translated as “Fate is inexorable” or, in the show, “Destiny is all.” Though they refer to his own destiny to retake Bebbanburg, Uhtred’s words apply equally to the future kingdom we know from hindsight looms on the horizon.

Aside from being inspired by and interacting with historical events, Cornwell’s books are grounded in a reality that is visceral and authentic. His prose is beautifully (and sometimes horribly) descriptive, be it for landscapes, clothing, or gut-wrenching battle sequences. Material culture, including arms and armor, is appropriate for the specific period and not just ‘generally medieval,’ and Cornwell takes pains to illuminate the shared cultural ancestry of the Saxons and Northmen. As alluded to above, Anglo-Saxon and Danish place names are also used instead of the modern, giving the text a further layer of realism (translations are provided in the front of the book). Accounts of war and combat within a shield wall are particularly striking, as Cornwell dwells on the physically and psychologically gruesome details of facing opponents with only planks of iron-bound willow to separate them. Many of Uhtred’s reflections on the topic are in fact reminiscent of Homer, juxtaposing the glory of combat with the existential horrors of war. Cornwell certainly looked to Scandinavian and Germanic epics for influence, as his descriptions of men as “lords of war” or “clothed in glory,” to name but a couple stock phrases, seem at times to place the books in a shared literary tradition with Beowulf. It also can’t hurt that Cornwell has a tangible connection to his story: the historical residents of Bebbanburg, now Bambury Castle, are Cornwell’s ancestors, and did in fact use Uhtred as a family name.

A further lens of historical storytelling is added through Cornwell’s decision to write his novels in the first person, from Uhtred’s perspective. This not only allows him to construct tense scenarios made even more so by the main character’s (accurately portrayed) lack of information, it gives Cornwell the opportunity to construct layers of interpretation as the reader experiences ninth- and tenth- Britain through Uhtred’s eyes. This manifests most notably through the clash between pagan Danish culture and Christian Anglo-Saxon culture. Uhtred is a devoted pagan, and so the beliefs and practices of his Christian allies are openly scoffed at. The oddity and hypocrisy of early medieval Christianity is on full display, and Uhtred’s religious relativism makes him a sympathetic window for modern audiences. This religious relativism is not ahistorical, however, but is born from the beliefs that accompany a polytheistic, orthopraxic belief system. Uhtred still prays to his gods and sacrifices to them to gain favorable outcomes for his endeavors; he simply sees Christian claims to a divine monopoly to be nonsensical. Indeed, to a perceptive reader Uhtred’s own stories and customs seem scarcely more credible than the many of the martyrdoms and saintly miracles Uhtred habitually mocks. Uhtred’s pagan viewpoint also allows for a more equal portrayal of gender within the confines of the era, a vital element for a story that must include Alfred the Great’s prodigy of a daughter, Aethelflaed.

The television series based on Cornwell’s books is a collaboration between the BBC and Netflix, and as such brings with it a certain basic expectation of quality. It certainly lives up to that expectation and more, being one of the more faithful adaptations I’ve yet seen (the main reason I feel so comfortable talking about both in a single review here). The visuals of the show live up to Cornwell’s stunningly descriptive language, and though his more epic prose does not quite translate the same to screen, the resulting campy feel lends a swords-and-sandals-esque atmosphere that works well for the material. Even the Anglo-Saxon place names are preserved, shown on the screen in establishing shots before the letters merge and reform to show the modern location. Alexander Doetsch and David Dawson are brilliant as Uhtred and Alfred, respectively, and the costuming and material culture is spot on, though I’m still waiting for Uhtred’s magnificent silver wolf-crested helmet to make its long-overdue appearance. The show also moves along at a good clip, covering two books in each season so far. The show’s pacing is highly engaging as a result, and makes for either good episodic or good binge watching.

Whether you’re a long-time adherent of the Viking Age or have recently become intrigued, I highly recommend both the books and the show of The Last Kingdom. Even though most of its characters and central narrative did not occur, what history is contained within their pages and scenes is generally quite good, and it has not (to date) peddled any misconceptions or historically inaccurate myths. Think of it as Vikings for the more historically conscious, though that’s a discussion for another time.