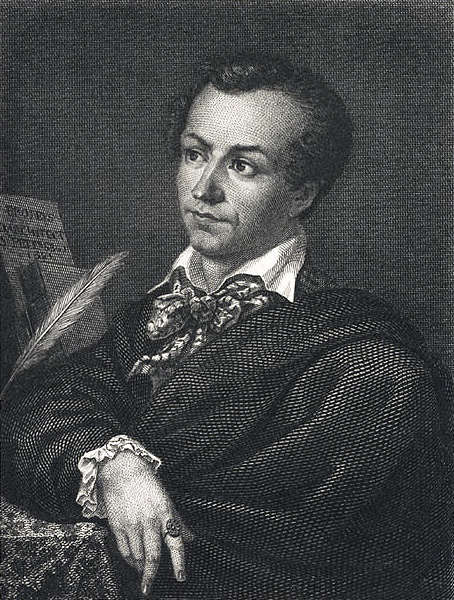 Though two of my favorite pastimes are reading history and eating food, seldom have I found myself eating history or reading food, so to speak; I possess no books on food beyond cookbooks, and typically my dining palate is exclusively modern. I recently was given the opportunity to take part in reading food, however, upon receiving a copy of A History of Food in 100 Recipes by British food critic William Sitwell. Within its well-bound pages (for, as an aside, the very physical composition of the book is a pleasing dish for the eyes), Sitwell tells the story of the development of food preparation, cooking, and consumption through the lens of one hundred recipes in their originally-recorded format, however indecipherable they may be to modern eyes. The book begins with a recipe for bread from Ancient Egypt from the middle of the nineteenth century BC, retrieved from the wall of a tomb, and concludes with the truly modern dish of meat fruit, with adventurous dishes such as “Another sauce for fowl” (AD 10), “Ravioli for non-Lenten times” (AD 1465), and “Fish experiment XIII” (AD 1681) filling the gap in between.

I haven’t yet completed my journey through the book—it’s one I’ve been deliberately sampling rather than vociferously devouring. While satiating my appetite for historical gastronomy, however, I did happen across a familiar name within the text: Chef Marie-Antoine Carême.

My first introduction to Chef Carême was while reading Vienna, 1814: How the Conquerors of Napoleon Made Love, War, and Peace at the Congress of Vienna by David King; it was during the Napoleonic Era that Carême made his name as one of Europe’s preeminent chefs. In his work, King explains Carême’s role in the machinations of the notoriously-cunning French diplomat Charles Maurice de Talleyrand. In an effort to win the favor of the victorious European powers for the defeated France, Talleyrand employed well-regarded chefs such as Carême to devise elaborate and creative new dishes in the honor of their representatives at the Congress. According to King, among Carême’s creations was Nesselrode Pudding, named for the Russian foreign minister Count Karl Nesselrode, a dish which, oddly, morphed into a pie and experienced notable popularity in the United States during the first half of the twentieth century before disappearing. I begin to digress, however.

I stumbled across the chef once again, purely by accident, in the pages of A History of Food, to which he contributed Recipe #48. The recipe is for for petits soufflés à la rose, or small rose soufflés, a sweet variation of the ubiquitous French dish. My knowledge of soufflés is scarce, limited almost exclusively to their relatively common appearance in children’s cartoons, where they exist near exclusively as a punchline to cause chefs to despair after they comically deflate. Sitwell retrieved the recipe from Carême’s cookbook, The Art of French Cookery, which was to the nineteenth century what Julia Child’s Mastering the Art of French Cooking was to the twentieth, bringing fine French cuisine normally limited to the kitchens of the upper class to a much wider and more generalized audience.

As I read over the recipe, my second rendezvous with Chef Carême felt serendipitous. Was it a coincidence that I stumbled across the chef once more—or fate placing the culinary revolutionary before me once again? After all, those who know me know well my fondness for diplomatic intrigue the likes of which Carême had involved himself in, as well as my fondness for extravagant dessert. There on the pages, haute cuisine was in reach, by the very man who over two-hundred years ago had helped to bring it to the European bourgeois: one revolution among many of the time. After giving it a once-over, I determined that the recipe appeared remarkably simple, to boot.

Perhaps…too simple. For after this cursory look, I committed myself to documenting my experience as I do now, brightly hoping that I could elicit some sensible chuckles from a history-loving crowd with a regaling tale of my journey into the past’s cookery. Upon preparing my ingredients, however, it occurred to me how strange the recipe truly appeared to be, essentially only calling for two ingredients: egg whites and sugar.

This defied all my baking expectations. How could this be? Could it really be so simple? What about flour, the rest of the egg…anything else, really? I knew soufflés to be egg based, and yet it seemed far too simple. I immediately began to frantically Google modern recipes, which only confirmed my fears: they were much more complicated. I tried to find a digital version of Carême’s cookbook, for maybe Sitwell betrayed me, only copying part of rather than the whole recipe.

Through this mild panic, a thought struck me: was my culinary presentism distorting the lens through which I viewed Carême’s recipe? I, after all, knew and know little about the exact intricacies of his style of cooking, or even cooking in his time period. Something that seemed extremely unusual to me could well be quite normal in the historical context which attracted me in the first place—a lesson for all studying history to consider. Thus, I quelled my fears and pressed onwards.

To my dismay, I had to make a few changes to the cooking process. Modern food coloring would have to stand in for Carême’s suggestions, as would cupcake papers for his specialized paper moulds. The dough (if it could even be called such, lacking flour—more of a paste, really) that resulted from his directions seemed wetter than expected as well, for while Carême directed his readers to roll it into a coil, mine couldn’t maintain any shape at all. Perhaps my egg was larger than his? Had modern standards of egg production resulted in a greater portion of egg white than he could have anticipated?

I wasn’t sure what I expected to come out of the oven when my timer went off. I was pleasantly surprised to find that my six small soufflés had at least risen, now possessing awkward, uneven air pockets whose thin edges immediately began to deteriorate. They were each surprisingly crunchy, meanwhile—I had expected a bready texture. But how could I have? What, of sugar and egg white, could possibly produce such an outcome? The light crunch reminded me of some French macarons I had tried, which makes a certain amount of sense, given their respective origins and intent as dessert. The appearance was bizarre, uneven and less than attractive—but I could at least write that off as my own inexperience.

But most importantly, of course, is the taste. And so, as I took the first bite, I tasted…sugar and egg.

Well, I can’t say I didn’t really see that one coming.

Could this really be haute cuisine? Where I had expected a one-way ticket to a historical Flavortown, instead I was met with a bland and entirely predictable sweetness. Perhaps it was better enjoyed with some type of sauce. Maybe Sitwell had simply listed the simplest recipe in Carême’s repertoire for his text as a simple placeholder for Carême’s influence within his text—maybe I should have tried the Nesselrode Pudding? Or perhaps this entire project was a practical demonstration in the relentless march of history, where I assumed what was once great would still be today, despite all development which has occurred since.

I do know one thing for sure, however: I’ll have to experiment further in the future.

One thought on “Eating History and Reading Food”