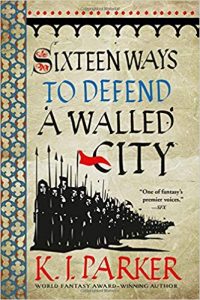 Even the manner this story is told seems to take inspiration from ancient historians. The dashing general of Caesar, heroically defending his nation, is there alongside Procopius’s scandalous expose on the dastardly doings of the royal family; Herodotus’ reliance of firsthand accounts lives alongside Anna Komnena’s desire to rehabilitate the image of her unjustly maligned father. Consequently, the book has the tone, style, and thematic effect of a grand historical narrative that scholars in 2019 would endlessly debate and decipher so we can discern the truth, hyperbole, contextualization, and lies in our own knowledge of and understanding of the past.