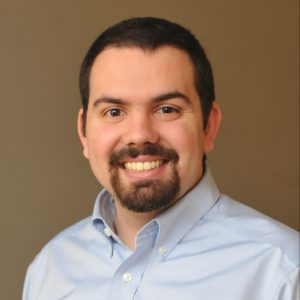 When the classic sci-fi TV show Star Trek first aired in the 1960s, TV commentators at the time praised (or condemned) the show for tackling thorny political and social issues within the context of its futuristic and, admittedly, gaudy plot lines. This, in many ways, reflects what is best about art in any form: it reflects, complicates, and offers new perspectives on the world from which it comes. For the world of science-fiction, and even any other art medium, that is fine and welcomed. When it comes to history, however, reflecting the times of the author in the writing of the past is irresponsible at best and the root of a great deal of misconceptions about the attitudes, beliefs, and culture of the people in the past.

This practice of reflecting present values onto past people and events is known as historical presentism and it is probably one of my biggest pet peeves when it comes to the way history is shared and produced in pop culture. A classic example of this presentism (and revisionism) is found in the 1999 movie Gettysburg based on Michael Shaara’s 1974 book The Killer Angels. There is a scene in the movie where Confederate General James Longstreet is discussing the imminent battle. In it, Longstreet states, “We should have freed the slaves, then fired on Fort Sumter.” This idea that the Southern states desired their independence from the United States more than the institution of slavery is an example of presentism for two reasons. First, it reflects a modern audience’s belief that slavery is wrong and attempts to paint Longstreet, a general fighting for a rebellious government that supports slavery in an army primarily composed of men and officers linked to the institution of slavery, in a more sympathetic light (see Joseph Glatthaar’s Soldiering in the Army of Northern Virginia). Second, it is a revision of the actual historical truth of the time. Southern state governments wrote in their articles of session that preserving the institution of slavery from curtailment and promoting slavery’s expansion were the express reasons for their decision to secede (The Civil War Trust’s primary sources on secession). Moreover, this line depicts the Confederate war effort as one divided over slavery’s existence. That simply was not the case. Dissension in rebelling Southern states was linked to Unionism and discontentment with the hardships that the war effort placed on the Southern economy, not over slavery’s existence. While it is true that James Longstreet supported efforts at reconciliation and Ulysses S. Grant’s Republican administration during Reconstruction, the James Longstreet of the 1870s was a different man than the lieutenant general fighting for slavery and Southern secession at Gettysburg in 1863. This line paints an ahistorical picture of the Southern cause and war effort and is representative of historical presentism since it changes the fact of the historical period to fit the expectations and perspectives of the director, screenwriters, and audience.

The cure for such presentism is to be historically relative: that is, to view the past as a foreign place and analyze people, places, and events from the perspectives and in the context of the time. For example, rather than condemning George Washington as entirely immoral for owning slaves, look to the people in his own time who remarked on the first president’s considerable wealth as a slaveholder. Such a method of inquiry places controversial (and oftentimes counter-intuitive) ideas, beliefs, and values within an appropriate framework. In the case of General Longstreet, look to his post-Reconstruction writings about the Union occupation of the South or Grant’s support for the policies of Radical Reconstruction, such as pursuing the KKK and other terror-invoking organizations. Then compare what Longstreet says with that of his contemporaries, North, South, and West, to see how his ideas aligned with or contradicted those of other former Confederates, Republican politicians, or former Civil War officers. This places Longstreet not as an ahistorical person viewing slavery as evil when he clearly did not think as such, but rather as a man whose ideas and perspectives evolved over the course of his military career in a failed rebellion and because of his friendship to the general who defeated the South, became the President of the United States, and supported Reconstruction.