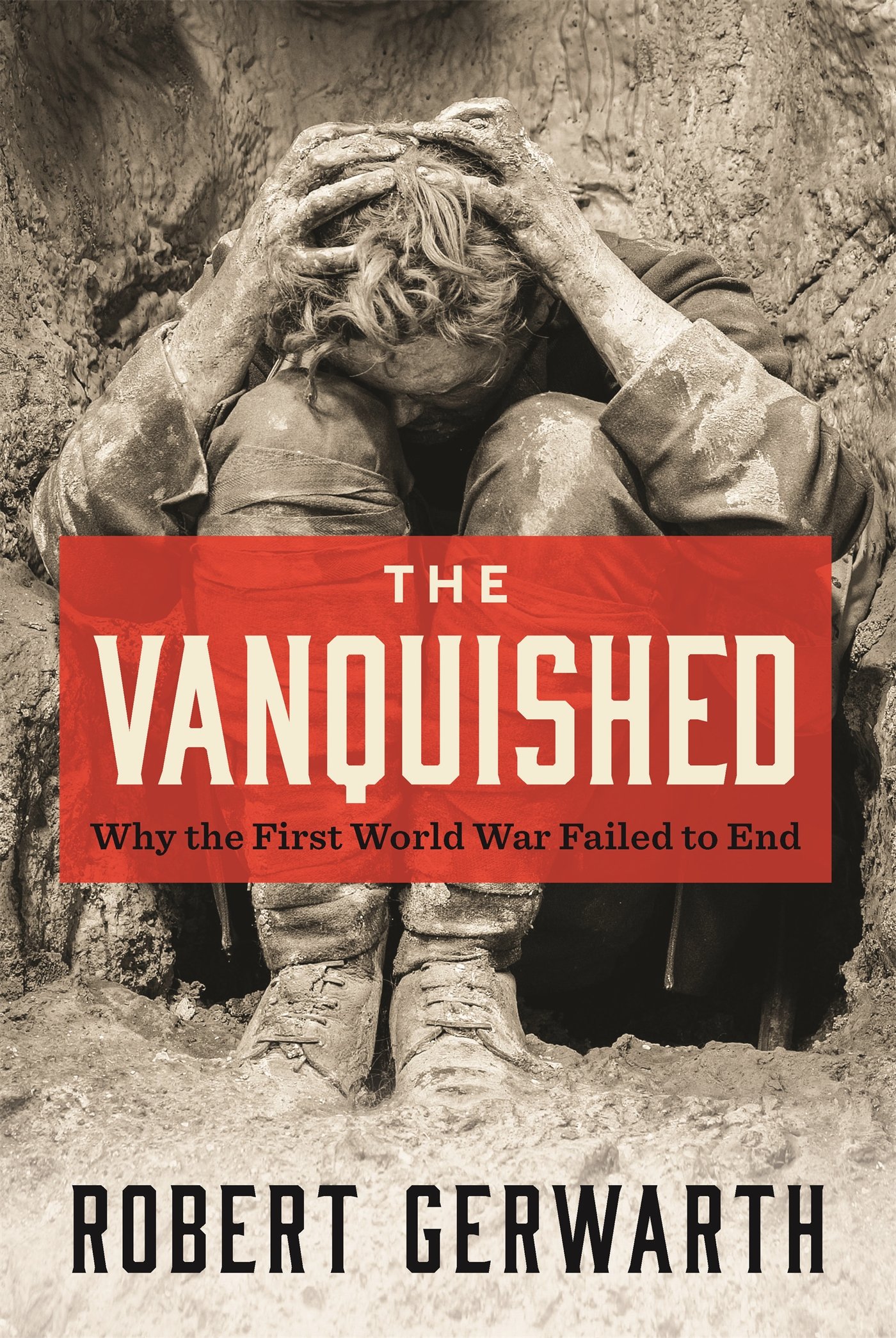 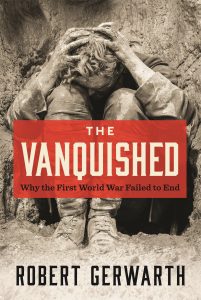 It’s time again for the Concerning History Book Club, where we recreate the experience of the engaging book discussions we’ve had throughout the years in classes and with each other. This month, Bryan, Jeff, and Kevin read The Vanquished: Why the First World War Failed to End by Robert Gerwarth.

KL: It wasn’t an accident that we chose this book. Our last book club post marked the centenary of the Armistice in November 11, 1918, but we know that commemorating the “end” of the First World War is a little more complicated than that. The Armistice represented  the end of hostilities on the Western Front, but it wasn’t until the Paris Peace Conference and a series of treaties that the First World War officially came to an end. Or did it?

JL: I think The Vanquished really highlights a key point that is tacitly understood by the historical community but rarely gets the attention it deserves–that wars are immensely complex, do not have neat beginning and end dates in practice, and often blend together in the long term. The First World War did not really begin with an assassination in 1914, nor did it end promptly with an armistice in 1918. The war, as Gerwarth rightly describes it, is really just the climax of underlying movements of violent ethno-nationalism that began long before any action on the Western front and extend long after even the Paris Peace Conference.

KL: But there’s something more than just continuity at play, though. After all, what Gerwarth claims unleashes these forces is the experience of defeat (or mutilated victory, for Italy) and consequent political destabilization.

JL: Definitely. As I was reading, I tended to group the book’s claims in regards to this into two main camps. First, which is tied fairly closely to the continuity of the era, is the idea that the war had to mean something for those who lost. The wartime sacrifices seem to be a major motivating factor for rising ethno-nationalists and far-left Bolsheviks alike throughout the defeated former empires and Italy. Gerwarth also brings up that for many of these activists, defeat in the war was probably a better catalyst for their cause than victory, which explains why these elements typically tended to have lukewarm at best feelings towards the war. The second camp, which I thought was implied throughout the book but was never really satisfyingly analyzed by Gerwarth, is that the war’s unprecedented scale put massive strain on imperial administrations which may have otherwise been able to repress rebellions well before they reached revolution level or could have assuaged demands or orchestrated necessary reforms as they had been doing during the waning peace years.

BC: I agree. There are two historical eras that Gerwarth’s subtitle can refer to: the violence that continued after the First World War officially ended in 1919, and the prelude to what would become known as the Second World War as Italy and Germany made good on their contempt for the Versailles peace settlement. The Vanquished does a spectacular job of characterizing the second while eliding the first. It was refreshing to read an explanation of why the failures of Versailles were responsible for renewed global conflict that did not focus on a victimized Germany narrative. Instead, it is the imposition of the nation-state model on eastern Europe by the Allies that bears the brunt of Gerwarth’s blame, yet only some of the immediate postwar violence can be addressed by this argument. The rest seems to just proceed from the war with no clear causation. Knowledgeable readers might be able to piece together a picture of old systems breaking down, autocracies crumbling and dragging down each subsequent layer of civil organization, but nowhere is it touched on directly.

KL: I think the causation is there–it’s part of a broader argument about the dynamics of defeat, revolution, and civil war on an international scale. Plenty of other historians have described the collapse of old systems for individual countries, but this seems to be more of a rebuttal to metanarratives like the “brutalization thesis” that try to explain how the experience of the war itself changed Europe. Gerwarth seems to be addressing the psychological shifts as much as the political ones.

JL: I think one of the greatest strengths of this book is its breadth and relative depth. It probably comes the closest out of recent literature to telling a holistic story of the early interwar period. At the same time, this made the book’s structure rather jarring, jumping from one region to another in the same breath, all with a slightly-more-than-introductory-level depth. I often felt that the structure of the book mirrored the period on which it sheds light: chaotic, nuanced, and anguished.

BC: I agree. It’s never a great sign when a book needs to reference details of an event that it has yet to describe to make sense of its current topic, but the immediate post-war years make this an inevitability here, in some respects. I was also disappointed in the relatively light coverage of non-European instances of continuing violence. Eastern Europe receives the bulk of Gerwarth’s attention, followed by Anatolia and a brief section on Palestine and the Balfour Declaration, but almost nothing is said of the struggles between the Hashemites and the House of Saud for control of Arabia, events that through certain comments Gerwarth shows he is well aware of. The result for me was a book that shifted one stage over in coverage of the Great War. Rather than focusing on the Western Front, with a little Eastern Front and almost no wider world, Gerwarth focuses on Eastern Europe, with a bit on Turkey and almost nothing on anything further east.

KL: It definitely skips around to cover a lot of ground, but I think that might have been even more of an issue if Gerwarth had tried to take on the global postwar experience. While there’s far more to tell about the violent experience(s) of the interwar years, his scope is the defeated powers that experienced major political upheavals, which seems to work for what he’s trying to accomplish. If anyone in our audience has read The Vanquished, we encourage you to share your own thoughts in the comments below.